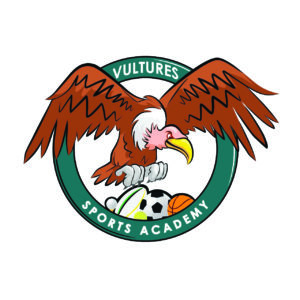 MASERU – A sports academy planned to cater for all codes is in the pipeline for the country’s sporting fraternity.

To trade by the name Vultures Sports Academy, the centre is headed by the current National University of Lesotho Spears Rugby Club coach, Alecs Basitang, as director.

The Botswana rugby mentor said the concept for the academy was not hatched by him alone, but is the brain-child of a group of local sports administrators.

“Basically we have registered the academy here in Lesotho with the interest of developing sports from grassroots level,” said Basitang in an interview with Public Eye on Tuesday.

“The academy will develop children from all sporting codes starting with those under-9, from five, six and seven-years-old youngsters.”

Basitang said they will be focusing on these youngsters’ development and talent honing until the athletes are 21-years-old.

Basitang further said: “So, we are planning forward to sort the children in that way with the aim being that we need to have well developed young athletes to participate at the national youth games.”

The Vultures Sports Academy boss said Lesotho had recently struggled with age restrictions when it comes to youth games, and said, therefore, that “our academy is here to make sure that this never happens again.”

“I saw it when Lesotho was struggling with age restrictions at tournaments recently, when they were hosting an international youth tournament here and the country had athletes who were over age and eventually failed to participate.”

Basitang said the academy has its eyes on English medium schools and international schools.

“The reason why we are targeting the English medium schools is because there is minimal participation there when it comes to competitions. So we are looking forward to develop that king of talent.”

Basitang said they were currently waiting to affiliate to both the Lesotho Sport and Recreation Commission (LSRC) and the Lesotho National Olympic Committee (LNOC).

“We have already started, and what is now important is for affiliation to the LSRC and LNOC. They are yet to respond, but we have sent an application to them.”

This is while there are already several sports academies in the country, the Run for Pride Track and Field Academy which also specialises on athletics, amongst others. Vultures Sports Academy will be the first to cater for all sporting codes.

He said, “We are not only looking at developing athletes but also developing coaches who would be responsible to coach all these sporting codes.”

Lephaila picks up the gauntlet

Phafane yet to confirm FIFA bounce back

Mapesela booted out of cabinet

Bid to ease congestion at the traffic department offices

Man in trouble for illicit possession of marijuana