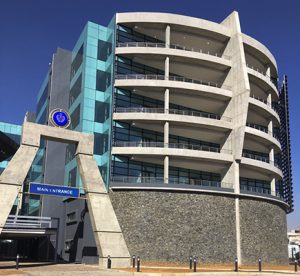 Benson Bumbe Nkhoma, a senior country programme officer, said the funds went towards boosting communications, power generation, water and sanitation, and to a variety of sectors.

The bank – set up to assist African countries in their efforts to achieve economic development and social progress – funded the Lesotho projects between 2013 and 2017.

Over the last nine years, the country had however been allocated a total US$65.5 million in almost three equal tranches released once every three years for both government and private sector projects.

Nkhoma told a non-governmental organisations conference that the funding was two-pronged identified as:

“Institutional capacity building aimed at improving governance and accountability and the quality of life of the people of Lesotho through enhanced public sector efficiency and effectiveness,” he said.

The communications sector got 19 percent of the total outlay, while power received 20 percent of this amount.

Nkhoma said these projects would go some way towards enhancing economic and social progress in Lesotho through promoting investments of public and private capital in projects and programmes that are likely to contribute to the economic development of its stakeholders.

Lesotho, Nkhoma added, was in line for further funding for e-government, and climate change adaption for sustainable rural water supply in the lowlands projects.

The country’s applications will be table before the AfDB board – where the country is represented by finance minister Moeketsi Majoro – in March and July next year.

Nkhoma urged civil society organisations to latch onto the AfDB’s 10-year strategy – which is also mounted on good governance and accountability – to apply for funding.

“CSOs should tap from these (AfDB) Trust Funds to implement programmes and projects . . . CSOs have a critical role to play in the social and economic development of Lesotho,” adding: “We are development partners in supporting the government of Lesotho to achieve its development aspirations.”

Nkhoma, who is based in Pretoria at one of the bank’s country offices, said the bank did not impose projects on member countries but aligned support to individual countries’ needs.

“We align support to the country’s plan taking into account its priorities,” he said, adding although Lesotho had accessed development funding, its draw down paled into insignificance when compared to fellow Sadc member states, Namibia and South Africa.

“South Africa is getting a lion’s share of the funds amounting to US$2 billion while Namibia has been capitalised to the tune of US$1,2 billion.”

South African state-owned entreprises, including Transnet and Eskom, were some of bank’s major clients. “South African private sector borrowing is substantial. Recently we gave Transnet US$174 million for recapitalisation projects.”

The bank, he said, first ensured project related monitoring systems including financial management were in place before money was released.

“Civil society should monitor national budgets and track all funds coming into the country. They should make government accountable,” she said.