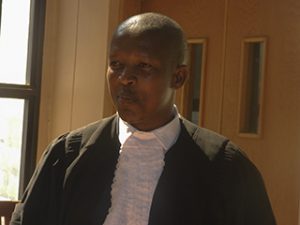 MASERU – The Court of Appeal will on December 7 decide whether or not a motor vehicle that Moqeneloa Monate of Leribe sold to Morapeli ‘Mefane of Maseru was indeed stolen like the latter claims.

In his application filed before court, ‘Mefane wants the sale agreement he made with Monate cancelled and demands a refund of M80 000 he paid for the car and M5 000 for the canopy.

He also wants the court to order Monate to compensate him damages to the tune of M48 870 along with interest at the rate of 18.5 percent per annum starting from December 2010 to the final payment.

For his part, Monate wants the court to order ‘Mefane to prove that the car he bought from him was indeed stolen like he claims and whether or not ‘Mefane is entitled to damages in addition to his main claim together with legal costs.

Evidence led before court shows that in December 2010, Monate bought a carcass of a vehicle from a scrap yard in Bloemfontein, South Africa.

The body of the car did not have an engine and Monate purchased one elsewhere.

He later took the vehicle to the South African Police Service for clearance for the purpose of merging the body, the engine and chassis. The Lesotho Revenue Authority (LRA) taxes were also paid in respect of the car and it was ultimately registered in Monate’s name bearing registration number C3098.

Evidence before court shows that Monate encountered no problems whatsoever with regards to the new vehicle. While he was busy registering the car, ‘Mefane showed interest in it and proposed to buy it.

After purchasing the vehicle through a bank cash transfer, ‘Mefane’s new vehicle was impounded in Ladybrand under suspicion that it was stolen.

To recover his lost money, ‘Mefane took the matter to the Commercial Court declaring that the sale agreement he signed with Monate was illegal as the vehicle had been stolen.

He wanted Monate to be ordered to return all the monies he lost through the vehicle which he had hired out for some months.

Justice Lebohang Molete made a ruling in favour of ‘Mefane which Monate later appealed before the Appeal Court.

In his application he argued that Justice Molete erred in his judgment and misdirected himself in upholding Mefane’s claim when he had not made a finding that the vehicle in question was stolen.

Through his lawyer Advocate B.MR. Masiphole, Monate contends that ‘Mefane failed to prove his claim against him by failing to bring admissible evidence that the vehicle in question was stolen.

“Our humble and respectful submission is that the respondent has not discharged the onus that rested on him that the motor vehicle which is the subject matter of this case is stolen for his failure to call upon police office from Ladybrand to support his evidence.

“It cannot be assumed by this court in the absence of that important piece of evidence that indeed the vehicle was impounded by the Ladybrand police because it was stolen,” Monate said.