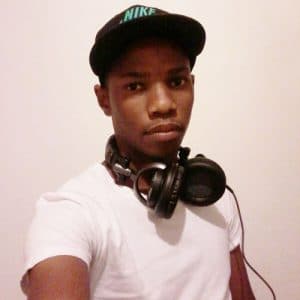 Although online music streaming can be one of the ways to scoop bookings and exposure, it has its pecks.

This is according to Kano Shata, popularly known by his stage name Dj Osmic.

Osmic says he uploads his music on different online sites like Mixcloud and shares the links on different social media for people to stream.

Streaming is a service where subscribers are allowed to listen to music but not be able to permanently download the song.

According to research, there are two kinds of music streaming services.

The first is non-interactive which means that the user experience is similar to listening to radio. The service decides which songs the user listens to and when. Pandora is the most popular example of a non-interactive service.

The second kind is interactive meaning the user can interact with the service and have full control over their listening experience Music services like Spotify, and Apple Music use this method to provide songs that can be enjoyed on all types of devices.

In the past, listening to music meant downloading an audio file in a format such as MP3 and many other formats.

Dj Osmic says that the benefits surrounding streaming include becoming more popular as a dj as well as getting multiple bookings both locally and internationally. He says one instance is a collaboration mix he dropped two weeks ago with Dj King Cee from South Africa.

According to Osmic, streaming is not always a smooth sail in the sea; it has its challenges.

“Sometimes I have to spend money to sponsor some other music sites in order to get a wide coverage of my music. So if you put one and two together this says that sometimes I spend more money than I get in return,” Osmic explains.

“I must mention that there are endless opportunities on the Internet, even better now that we are facing the 4th digital revolution so this means it is a perfect time to disrupt this space. What saddens me however is that Lesotho is way behind than other countries but I believe it is never too late to catch up with the rest of the world. I discovered mix cloud a few years back because I am constantly on the lookout for opportunities and ways to improve my skill to be able to satisfy the crowd’s needs, and it became a good platform to promote my skill at the same time gaining popularity,” Osmic added.

He further says there are other sites like Beatsport where djs actually get paid good money for dropping their mixes but all these do not come cheap, for several years now I have been saving up for its membership because yes it may be expensive but at the end, results reaped are worth it.

It is not just about the money or royalties one gets but all the other benefits like unlimited coverage, which simply means the music or mixes one uploads reaches all the corners of the globe.

“For people who would love to get an idea of this streaming concept can go check me up on my Facebook account, and hit the latest link which will lead them straight to Mixcloud to get a glimpse of valentine’s mix spreading the love and appreciating all the support, I urge all my fellow djs to join in and warm them that this is a journey that needs patience, Osmic wraps up.”