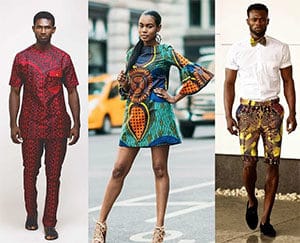 MASERU – “You are what you wear” is one of the statements that always trigger different opinions from people thereby leaving them ‘to agree to disagree’.

What the saying basically means is that the kind of clothes one puts on say a lot about who they truly are.

This therefore says that one’s personal wardrobe choice can determine how others perceive them.

It is also said that what one wears can pretty much, without having been disclosed, inform people of one’s type of employment, ambitions and personality in general. It is also worth noting that one other thing that the saying shows is that a person is an indicator of what she or he wants to be perceived as.

Therefore, if a person does not have his or her own personality statement, through clothes that is, people would come up with their own.

27-year-old Thabiso Matete indicates that the statement is merely just an opinion and not factual.

His argument is that only the heart and not clothes or anything else for that matter can determine one’s character or personality.

“It is because of statements like that that we have so many wolves in sheep’s skin.

Robbers and other criminals such as carjackers do their dirty work dressed in fancy tuxedos so as to confuse people who believe that you are what you wear. This is because they are aware that people have a conclusion that suits are reserved for men and women of high status. I mean who would imagine a thief in a tuxedo? I would because I do not believe in that you are what you wear nonsense,” Matete says.

He continues, “Many people nowadays dress to impress and there is a lot of pretending in dressing to impress if you ask me. Take going for a job interview for instance. You would dress to kill right? More like a competent, trustworthy, and respectful person like how the job description said, right? Come a month or so into the job, you will be dressing way different from when you started. Now can we say your personality has changed?

“Definitely not! Clothes do not make a person, the heart does, period! This is like the saying ‘show me your friends and I will tell you who you are’; there is absolutely no logic in that, I am me and my friend is who he is regardless of how close we may be but I guess that is a topic for another discussion.”

25-year-old Moipone Chaba differs saying it all goes down to where a person resides. She points out that the society one lives with plays a huge role as far as justifying the saying is concerned and because a person does not live by herself on earth, she or he ends up being bound to flow with the masses.

At the end of the day, she says, a woman cannot marry herself and a person cannot employ him or herself so it is wise if one just dresses to impose a certain impression.

“The sad part is that it is not all the time that you will get to interact with a person one-on-one in order for him or her to get to know you better hence people will use clothes to come to the conclusion of who you are. I might dress trashy but not be as trashy as I look personality wise. One other thing is ‘your sexy might not be my sexy’ in terms of appearance. Your classy may not be my classy.”

She however says she does not agree with the saying about what you wear and believes a person should not be called names due to the kind of clothes they put on.

“Have you ever walked into a store with a friend then when you show them a dress you like then they tell you it is for slay queens! I mean I have not seen an item labelled slay queen or wife material or even a player but people are so quick to identify clothes with people,” Chaba says.