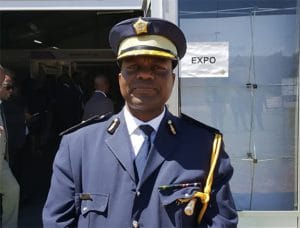 MASERU – Police investigators are facing the possibility of losing the power to apply for the further detention of suspects to propel investigations beyond 48 hours, if an application before the Constitutional Court succeeds.

These powers, applicants argued, breached citizens’ constitutional right to a fair trial and were at variance with the legal precept that police must investigate first, before effecting an arrest.

The applicants – ’Maabele Ramakatsa and Ntsoaki Sentje – further want the Constitutional Court to reaffirm the constitutional provision that detained persons’ have the right to access and consult a legal representative of their choice.

Abele Ramakatsa and Sentje Leemisa were arrested in August 2018 and detained for weeks while their lawyers were barred from seeing them because police investigations were ongoing.

Their parents namely; ’Maabele Ramakatsa and Ntsoaki Sentje then petitioned the Constitutional Court seeking a declaration affirming that certain sections of the Criminal Procedure and Evidence Act of 1981, which was used to detain their relatives, were inconsistent with the Constitution.

They also want the said provisions to be declared inconsistent with section 12 (2) (a) of the Constitution in so far as they permit further detention of suspects on account that further investigations were being conducted.

Section 32(1) of the Act reads: “a person arrested without a warrant shall as soon as possible be brought to a police station or charge office and if not released by reason that no charge is to be brought against him, may be detained for a period not exceeding 48 hours unless he is brought before a judge or a magistrate upon a charge of any offense and his further detention is ordered by that judge or magistrate or a warrant for his further detention is obtained in terms of section 33.”

Their case is that it is constitutionally offensive to keep suspects in custody while investigations are ongoing while also making them investigative tools in a case against them.

Alternatively, ’Maabele and Ntsoaki are seeking a declaratory order that detained persons are entitled to legal representation when an application for further detention is being made.

In her founding affidavit filed with their application, ’Maabele Ramakatsa alleges that their lawyer was denied access by police to their detained family members. The police argued that doing so would compromise their investigations.

“After their arrest, we approached K.D Mabula and Co Attorneys who in turn briefed advocate Mafaesa N.J to go and see the detainees but he was denied access to see them on several occasions until on or about the 14th day of August 2018 when he was in the company of Advocate Rasekoai Thoahlane that he was told he could not see the detainees as to do so will compromise their investigations.”

“I aver that the conduct of denying the detainees a right to legal access is unconstitutional and violation of the right to a fair trial as guaranteed by the constitution of Lesotho.

“I aver that the detainees had expressed a desire to be afforded legal access for the purpose of obtaining a legal opinion and we did exactly brief a lawyer as detainees requested that we find a lawyer to give them (a legal) opinion, but police officers denied them such access.”

Maabele further alleged in her affidavit that the detainees explained to one Sesomo Ramaqele that each time advocate Mafaesa attempted to see them, “they were subjected to torture or to cruel, inhumane or degrading treatment or punishment and that police officers asked why they brought a lawyer to see them while they know that they have stolen and had to assist the police with investigations”.

On top of that, ’Maabele states that Sesomo Ramaqale also explained that the detainees told her that she should tell advocate Mafaesa not to come to see them again because his presence angered police officers and they got tortured as a result.

Also, ’Maabele said when she approached the police on August 15 and 16, 2018 to see the detainees, she was told that they were in Bloemfontein. “As to how, I don’t know because their passports are still with us as their parents.”

“I aver that denial of the 2nd respondent and officers’ subordinates gives me a suspicion that our sons were tortured. To ameliorate my fear, on the 16th day of August 2018, I did approach the Subordinate Court to see if any remand has been made and upon search of the criminal register book at Maseru Subordinate Court I discovered that they were not yet remanded.”

’Maabele said she was, instead, told that a further detention order may have been applied for and learned from her counsel that it may be in terms of certain provisions of Criminal Procedure and Evidence Act, 1981.

It is these provisions that she alleges are inconsistent with section 4 (1) (b) read with section 6 of the constitution of Lesotho in so far as they permit further detention of suspects beyond 48 hours and to the extent of the inconsistency, that should be voided.

Further, ’Maabele argues that the said sections are inconsistent with section 12 (2) (a) of the constitution of Lesotho in so far as the said sections permit further detention of a detainee on account that further investigations are underway while presumption of innocence favours the accused.

In their case, she contended that the absence of the record explaining why their relatives were arrested and that a further detention order had been made and subsequently giving it to police runs affront to open justice and thus unconstitutional.

The pair is languishing in Maseru Central Prison, awaiting trial.

The commissioner of police, Officer Commanding Vehicle and Anti Robbery Squad and the Attorney General are cited as respondents in the case.

During court proceedings on Wednesday this week Advocate Napo Mafaesa for the applicants told the court that certain provisions of the Criminal Procedure and Evidence Act, 1981 which permit further detention beyond 48 hours after an application has been declared unconstitutional in so far as they are not consistent with the constitution.

However, Justice Sakoane Sakoane told Mafaesa that the record before court has both the warrant and further detention application by the police as provided by the Act.

Justice Sakoane said it was, however, not clear how they were obtained as no affidavit was sworn to that effect.

Mafaesa replied that detention of an accused person for any purpose other than their trial is improper and that courts must be satisfied that further detention application brings them to trial and not make them an investigation tool.

Mafaesa then asked the court to provide its own interpretative guide on how police should conduct themselves.

He also argued that denial of access to detainees by police was a human rights violation, right to liberty, right to presumption of innocence and right to legal access.

Mafaesa said the court should be mindful of the fact that the only reason the accused were detained was because investigations against them were said to be ongoing, which he maintained was constitutionally offensive.

“The purpose of arrest is to bring the detainee to trial and not to investigate, therefore police always become misguided when effecting arrest that they are investigating while the other paves the way for the other,” he added.

Mafaesa said the purpose for which his clients (detainees) were kept so long in detention was because the police wanted to complete investigations in breach of the legal maxim that detainees are presumed innocent and for the court to have granted a further detention order under the circumstances was as good as endorsing police abuse.

Advocate Ramatsoai Ts’euoa for the respondents argued that police complied with the Act in the arrest and later further detention.

On the alleged denial of access to the detainees, Ts’euoa said he agrees that it is unlawful for lawyers to be barred from seeing detained persons but said it should be balanced on the fact that police are required to investigate and make a case that should be put before court.

However, he contended that the applicants (’Maabele and Ntsoaki) are not entitled to the declaratory order because they were not directly affected by the police action.

The application comes at the height of a widening debate about police brutality in Lesotho.

This after the law enforcers were accused first by opposition politician Bokang Ramatšella of murdering civilians in their custody, without fear of consequences.

Ramatšella in a letter to police boss Holomo Molibeli last year accused the Lesotho Mounted Police Service (LMPS) of covering up cases in which officers were suspects.

“It is my earnest request that all cases of murder where perpetrators are suspected to be members of the LMPS be thoroughly investigated, and the suspects be arrested and brought before the courts of law,” Ramatšella said.

“I am of the opinion that the LMPS should not allow its members to evade justice or be above the law. My understanding is that this selective application of the law flies in the face of Section 4 (o) of the Constitution of Lesotho which provides for ‘the right for equality before the law’,” he said, in the hard-hitting letter.

Molibeli immediately promised to re-open all cold cases involving murder, but the whiff of police corruption has not dissipated.

Speaking at a function to receive forensic equipment from the Algerian government, Ms Mokhele who served as a police officer for 37 years, admitted that the police sometimes resorted to torture in order to extract information from suspects.

“We as the police are often forced to use violence to get information out of people because at times we would be sure that the suspect committed the crime but due to lack of tangible evidence we have to use force,” Ms Mokhele said.

This is notwithstanding that the constitution prohibits torture in line with international instruments that have classified it as an international crime.

Further, evidence obtained this way in is not admissible in court.

Also, it was common for rogue officers – like Mokhele admitted – to justify use of excessive force to extract confessions from suspects saying they did so because of a dearth of resources.

Such police conduct was a clear breach of both domestic and international standards which enjoin officers to investigate allegations first before arresting suspects.

The scale of police brutality and growing evidence showing that some officers dabbled in criminality was dramatised by the arrest in 2017 of officers for the killing of fellow cop, Constable Mokalekale Khetheng.

Khetheng was dragged from a village party by officers, only for his body to be recovered in a paupers’ grave in Maseru.

Peshoane said his organisation was shocked by alarming incidents of torture or cruel, inhumane or degrading treatment and arbitrary deprivation of life by members of the LMPS.

The police in any society are often the most visible representatives of state power and, given the ability of the state to deprive citizens of liberty, the importance of police legitimacy is paramount.

Additionally, the effectiveness of the police in a democracy is inherently tied to the community’s perception of the police as a legitimate agent of the state.

“Police are one of the most ubiquitous organisations of the society. The policemen, therefore, happen to be the most visible representatives of the government.

“In an hour of need, danger, crisis and difficulty, when a citizen does not know what to do and whom to approach, the police station and a policeman happen to be the most appropriate and approachable unit and person for him.

“The police are expected to be the most accessible, interactive and dynamic organisation of any society. Their roles, functions and duties in the society are natural to be varied, and multifarious on the one hand; and complicated, knotty and complex, on the other.

“Broadly speaking the twin roles which the police are expected to play in a society are maintenance of law and maintenance of order,” notes a British police training manual.