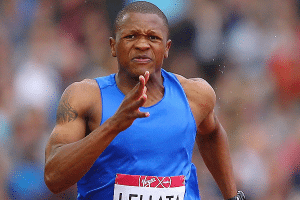 MASERU – Lesotho’s sprint hopeful, Mosito Lehata, is likely to go back to Mauritius after a disappointing performance under the care of one of the best athletics coaches in the world, Ans Botha.

According to the Lesotho Amateur Athletics Association (LAAA) spokesperson, Sejanamane Maphathe, Lehata, who is currently at home, has requested to go back to the Mauritius High Performance Centre following his poor performance under the South African athletics mentor.

Lehata moved to South Africa in November 2017 where he was training together with the 400 Olympics gold medallist, Wayde van Niekerk, as one of the athletes who was coached by Botha.

But Maphathe said Lehata’s performance was never the same since he moved to South Africa.

“Lehata has requested to go back to Mauritius and his issue is still in the process,” said Maphathe in an interview with Public Eye last Thursday.

Lehata went to Mauritius in 2010 where his performance began to improve tremendously.

Maphathe said the plan to move the sprinter to South Africa was for him to change the place.

Lehata, who also failed to impress during the last Commonwealth Games in Gold Coast, Australia (in 2018) is now looking to prepare for the All Africa Games to be held in Casablanca, Morocco from August 23 to September 3 and for the IAAF World Championships which will take place in Doha, Qatar between September 27 and October 6, both this year.

“But he (Lehata) must qualify for both the All Africa Games and the IAAF World Championships,” Maphathe said.

So far, only one Lesotho athlete ’Neheng Khathala has already qualified for the IAAF World Championships.

Khathala qualified for the World Champs during the Cape Town Marathon in September last year.

He said the trio could be Lehata’s immediate successors if well groomed.