MASERU – There are many people who continue to live with us through their work. Whether they sought recognition or not, none of them could have known just how extraordinary their work is until they are gone.

Seeta Mokose is one of them, a talented Mosotho who never got praises even though his work was original and commendable. Jewellery artiste Seeta Francis Mokose was born and bred in Lekokoaneng on 25 October 1955 and passed away on 9 July, 2020. He was laid to rest last Saturday at Lepereng, after years of serving as a jewellery artiste in the mountain kingdom.

His legacy is centred on handmade African jewellery carved out of gold, silver, ivory and ebony which gave him recognition beyond Lesotho.

Some of his jewellery remains displayed at his workshop at Motse-Mocha, Tsenola, in Maseru. His closest friend Gerard Mathot, of European origin who arrived in Lesotho in 1971, said he met Mokose in 1972 and ever since then they became more than just friends but family. Mathot said when they met, Seeta told him he was a herd boy for years before he started attending primary school. “I arrived in Maseru in 1971 then met Seeta the following year. At that time I was staying in Maseru West and he was staying with his uncle Masupha in the yard. Seeta had come to Maseru to register to find work in mines of South Africa, but I couldn’t let him go because I needed someone to assist me since I was still new in Lesotho,” he said, adding that he had to find a way to make him stay. 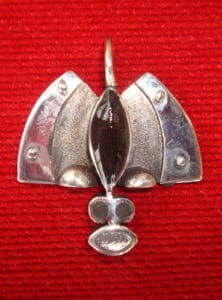 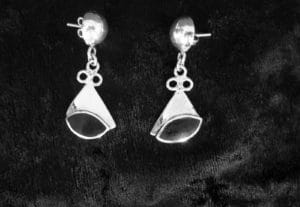 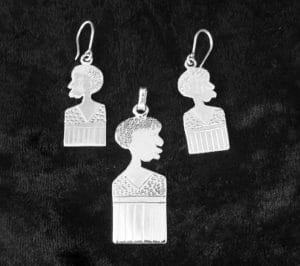 “I saw that Seeta was clever, therefore I convinced him to travel with me to schools in Lesotho and promised to teach him English, Maths and driving in return so that he would not leave and at least find work here in Lesotho. At that time, I was driving to schools all over the country, helping the Maths teachers, so Seeta became my travelling partner,” Mathot said. In 1975 Mathot indicated Seeta found work at Royal Crown Jewellers, which employed him to run the casting machine they had ordered from Germany.

“When the machine arrived the manager did not know how to operate it, but there was a manual in German. I offered to translate it but Seeta refused and said, ‘I will take it apart and put it together again then I will know how it works.’ “That is what he did and then knew how to operate the casting machine properly, without any technical background but only his own intelligence and self-confidence at solving problems,” Mathot said emphasising he was amused by his intelligence. He further revealed that Royal Crown Jewellers sent Seeta to Pforzheim in Germany from 1977 to 1979 to do a course on how to use a casting machine but since he already knew how to operate it, he changed his course to jewellery designing, which he completed with honours. When Seeta returned, Mathot said he found that Royal Crown Jewellers had a new manager, with whom he never got along, therefore he decided to start his own jewellery business, Seeta’s Design, initially at a rondavel in front of Lancers Inn and later at a shop at the LNDC Centre. “By then he was the only Mosotho artist in Lesotho that I know who created original African jewellery,” he said, adding that creating art was his life and interest. As years passed by, Mathot said he obtained a site at Mocha Motse-Mocha, Tšenola where he built the large rondavel and they lived together until Seeta married and his own house was built in the same yard.

However, in 1998 Mathot said it was a year that almost destroyed his friend, when his shop and his tools were vandalised. “He became so depressed that he couldn’t go to town for many years because he thought then he would see people carrying his stolen jewellery. Fortunately, he had his family for emotional support,” Mathot said. To encourage him, he mentioned that they built a workshop at the site at Motse Mocha where he continued creating jewellery.

A few years ago, Mathot said Seeta was diagnosed with diabetes, which affected his eye-sight, so he could not work anymore and over the years Seeta became weaker and weaker and his life deteriorated even when attended to by various medical facilities. “Now I have lost a real brother, which leaves a hole in my heart, but also leaves me with beautiful and wonderful memories. I am glad his suffering has ended though. But above all Lesotho has lost the greatest artiste of all time.”