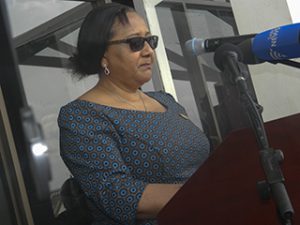 MASERU – The just-ended SADC troops’ mission in Lesotho (SAPMIL) came under fire for failing to fully execute its mandate.

Critics say it should also be taken into consideration that it was not cast in the stone what the mission’s responsibilities would be, not to mention Prime Minister Thomas Thabane’s coalition government developing fatigue and started shifting its policy priorities “thus relegating SAPMIL to insignificance”, analysts said this week.

According to analysts who spoke to Public Eye this week, while it could not be said in clear terms whether SAPMIL has successfully executed its mandate, it was bound not deliver ‘sterling’ results given it was working with a government that had become fatigued regarding the attainment of objectives for which the mission was deployed in December 2017.

Due to the secretive manner in which the regional mission’s duties were executed and the opaque terms of reference, it was difficult for members of the public to comprehend certain things and decide on their own whether the mission was a failure or a success and “only those familiar with the objectives would know if they were attained”, analysts say.

This comes after last week’s criticism of SAPMIL by former Basotho National Party (BNP) Secretary-General, Lesojane Leuta, who berated the mission for failing to deliver results as prescribed by the SADC and the Phumaphi Commission of Inquiry – a judicial inquiry established in 2015 to investigate the assassination of former Lesotho Defence Force (LDF) Commander Lt. Gen. Maaparankoe Mahao.

Among others, Leuta noted the entrenchment of political polarisation in the army was exacerbated by the reinstatement and promotion of army officers who had fled to exile with Premier Thabane and his coalition government partners, BNP leader Chief Thesele ‘Maseribane and RCL leader Keketso Rantšo.

Leuta also lamented the promotion to the high echelons of the LDF command, officers who were fingered in the Phumaphi report as having stirred trouble in the military and should face prosecution.

He warned of possible storms ahead, should SAPMIL leave the country without having assisted in the arrest of those army officers as well as satisfactory compensation to army officers who were either exiled, tortured or unlawfully arrested for their alleged role in a mutiny plot under former Prime Minister Pakalitha Mosisili’s seven-party coalition government.

The former BNP secretary-general also lamented in the letters, failure by those in charge to rush to the hospital, the late Colonel Tefo Hashatsi who did not die immediately after he was shot in the same incident where Lt. Gen. Motšomotšo died.

Hashatsi could have been a critical witness to both army chiefs’ deaths.

In the letters, Leuta also berated SAPMIL for failing to uproot dangerous elements in the army while also accusing SADC of entrusting important regional assignments to individuals who were previously fingered as being the architects “of all that is wrong with the LDF”.

Should the mission depart without having made a difference in areas that he said were of primary concern, he said, it would hamper the highly anticipated National Dialogue on Reforms, as well as the smooth implementation of the reform programme aimed at overhauling the constitution, parliament, the judiciary, the public service and security sectors.

While he met with Dr. Kazembe last Friday, Leuta declined to disclose the details of their meeting save to say the SAPMIL boss promised to relay his concerns to his authorities.

The SADC Double Troika Summit (DTS) that met in Pretoria, South Africa, on 15 September 2017 approved the deployment of SAPMIL for an initial six-month period from November 20, 2017 to May 20, 2018 to support the Government of the Kingdom of Lesotho to avert the escalation of hostilities in the Kingdom. The deployment of SAPMIL was further extended for six months from May 20 to November 20, 2018.