The SADC Model Law on Public Financial Management (PFM) that the SADC Parliamentary Forum is developing to promote responsive, accountable and transparent use of public resources is the latest addition to the region’s arsenal against corruption. The Chairperson of the Public Accounts Committee (PAC) of the Parliament of Zimbabwe, Brian Dube, has said the SADC Model Law can, among other things, help National Parliaments strengthen their PACs and stem out corrupt use of public resources.

The chairpersons were discussing a draft of the SADC Model Law on PFM. “Parliament cannot oversee effective control over activities of the Executive without using standing committees. Administrative accountability to the legislature through committees has been the hallmark of democratic systems,” Dube said.

He added: “SADCOPAC believes that it shares a similar vision and mission with SADC PF. SADCOPAC aims at strengthening good governance and promoting transparency through mutual support and knowledge sharing among PACs as a means of enhancing oversight.” The meeting took place shortly before SADC PF and SADCOPAC signed a memorandum of understanding (MoU) to collaborate in joint research and production; dialogue and consensus building; annual joint working and review sessions; and bilateral consultation.

Dube offered SADCOPAC’s full support towards the development of the Model Law on PFM, saying he expected it to develop into regional best practice in the collection, allocation and accounting for public resources, which endemic corruption has thwarted over the years.

The SADC Region is clear that corruption impedes regional integration and socio-economic development. For this reason, in 2001 in Malawi, the SADC Protocol against Corruption was adopted and became the first sub-regional anti-corruption treaty in Africa. The Protocol seeks to “promote and strengthen the development of open mechanisms needed to prevent, detect, punish and eradicate corruption in the private sphere. Additionally, many countries have put in place tools and institutions including anti-corruption commissions (ACCs).

“Regardless of the impressive progress made as regards the adoption of the Protocol Against Corruption, experts, who include Mr Titus Gwemende, Southern Africa Regional Lead on Natural Resources at Oxfam International, maintain that corruption remains extremely high in many parts of the world, including the SADC Region. In 2020 Gwemende addressed the Standing Committee on Democratisation, Governance and Human Rights of the SADC Parliamentary Forum as parliamentarians sought to better appreciate the drivers and impact of corruption in the SADC Region.

He said lack of performance-based assessment systems – among other measures – for cabinet ministers in many African countries made it difficult to hold such officials to account, with some people getting away with corruption and looting of public funds. The World Bank (WB) defines corruption as an act where public officials including bureaucrats and politicians ‘violate formal rules of conduct in pursuit of their private benefit whether wealth in the form of bribes or for political advantage’.

Transparency International’s Corruption Perception Index (CPI) has perennially rated many countries badly and the mass media has been awash with reports of mismanagement of donor funds, companies being paid obscene amounts for services or goods never delivered, poor tender management and the disappearance of state funds.

It is against this background that the SADC Model Law on PFM is being eagerly awaited. During last week’s consultation, Sebastian Pillay, the Chairperson of the Public Finance Accounts Committee of Seychelles, shared lessons on how political will had become a key factor in the success of the national PFM framework, thereby making it a model. “On the Corruption Index, we were able to make substantial improvements this year and we are ranked (highly) in Africa. Our Auditor General has been ranked the most independent and this has come from one perspective which is political will,” he said.

He explained that the PFAC in Seychelles drew its powers from the Constitution. He said: “I can call in any witness because I have the same powers as the Supreme Court in compelling the attendance of witnesses.” He felt that PACs should be “unobstructed”. Mohammed Reza Cassam Uteem, the Chairperson on the Public Accounts Committee in Mauritius, called for more powers for PAC chairpersons when summoning witnesses.

On disqualification from office of a public official deemed to have committed financial maladministration via a resolution of parliament, he suggested that no official be disqualified on the basis of mere allegations but a conviction by a court of competent jurisdiction.

On the domestication and implementation of the Model Law, Doda Nirimboavonjy Andriamisasoa from Madagascar said different economic contexts of Member States should be considered. “In Madagascar, the economy is fragile. We have cyclones regularly and there is famine in the south. It is important to take into account all these,” he said. Dudu Muroua from Namibia reiterated that appointment of the Auditor General be done by parliament, with the Head of State assenting in order to guarantee the independence of the office of the AG. 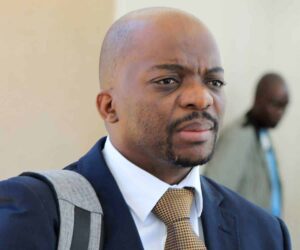 The Chairperson of the PAC from Botswana, Dithapelo Keorapetse, urged SADC PF to “create mechanisms for buy-in of the Model Laws by the Executive” in Member States. He advocated for a clear provision on the management of special funds raised through levies. “These are large sums that run into billions… permitting ministers to authorise the use of such funds … without clear parliamentary authorisation and resolution presents an accountability problem,” he warned.

From Angola, Ruth Mendes hoped that the Model Law would lead to equitable distribution of national resources to benefit citizens. “We continue to budget as we did fifty years ago. We don’t take account of the importance of planning in the budget,” she said and called for “the participation of our population in the drafting of the budget”. Dr Charles Kimei from Tanzania said the PAC in that country was “very powerful” and could “summon anyone”. He felt that debt ceilings should be left to different national contexts.

“If a country has natural resources, then it can be allowed to have bigger public debt because of its better capacity to pay back. We cannot have a common target for all countries,” he opined. On supplementary budgets, Dr Kimei called for close monitoring. He said: “Supplementary budgets must be approved prior to the end of the fiscal year. If you approve the budgets retrospectively, Parliament will not have much control over what has already happened.”

Another member, Gladys Ganda from Malawi wanted the appointment of the Budget and Finance Committee to be more independent. On government borrowing, Fred Chaatila, Chairperson of the Planning and Budgeting Committee of Zambia felt the draft tended to give the Minister of Finance “too much powers.” “Parliament must approve borrowing. Supplementary budgets must come to Parliament before spending is done,” he said.

SADC PF Secretary General Boemo Sekgoma concurred that political will was important. “We need to look at consistent advocacy. The Model Law is a robust advocacy tool. When we develop Model Laws, we don’t have a specific country in mind. They are templates that can be used across the entire region.”