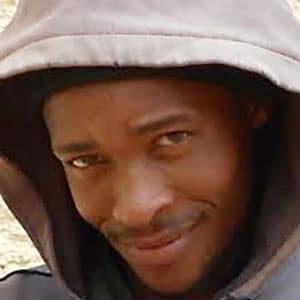 A Sotho rapper, Moracay, born Mokebisa Nthontho says in order to avoid disappointments in Lesotho, one should consider his or her talent as just a hobby.

His emphasis is on the fact that there is little to no support at all as far as local talent is concerned.

He says it is sad that they cannot depend on their talents to put food on the table as local artistes hence he went to school and pursued a degree in E-commerce so as to not depend on one thing for a source of income.

He made his entry into the entertainment industry in 2008 as just a freestyle MC then.

The 32-year-old started recording tracks in 2011. Unfortunately his first single “Jooe” did not do well.

He says he knew that giving up was not an option for him.

He continued his music journey until he met another local artiste called Nirex and joined his production company, Stadik Power thereby collaborating on a song called “2014 boss” in 2014.

The track, unlike the previous one, was a huge success and was ranked Top 5 on local radio stations hits.

His thirst for success and eagerness to complete his album saw him travelling to Durban, South Africa in 2017 to join forces with other artistes there.

He then met a producer named P3 as well as two Zulu rappers, Mlingo and TeeKay with whom he formed a movement called Pay Back Music (PBM) which released Sesotho and Zulu songs.

“In South Africa artistes get massive recognition and I wish it was the case with Lesotho. I think the sooner we as Basotho artistes stopped being opportunists and actually be in the industry for the love of it the better,” Nthonto says.

His album now consists of 12 tracks, which include those he released while in Lesotho as well as those he did while in Durban.