Maseru – The Lesotho Red Cross today handed out hampers to 63 youths believed to be involved in illegal gang activities. The gifts comprised 65 blankets, 51 matresses, 10 boxes of disposable masks, as well as sanitisers. 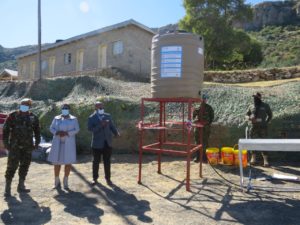 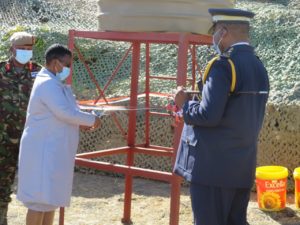 “Lesotho Red Cross has since been working with the government to ensure the safety and peace of Basotho and after we heard that there was a need for help here, we quickly decided to reach out as is our norm,” he explained.

Present at the event was the minister of gender and youth, sports and recreation Hon. Likeleli Tampane who expressed gratitude to the Red Cross for their generosity urging them to continue doing good to others. 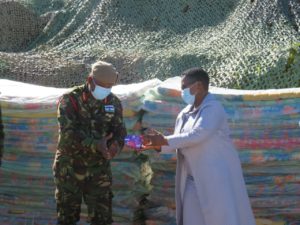 She pleaded with the 63 gang members to stop involvement in illegal deeds since that is only going to destroy their future and reward them with death.  “To all youths out there who are involved in bad deeds, I beg you to stop at once and focus on your studies as you are the leaders of tomorrow,” she said.

Commando Captain Melato who is heading the rehabilitation of youths said the Lesotho Defence Force is doing all in its power to ensure that these youths are thoroughly rehabilitated and are ready to stop illegal activities.

He dismissed the view that the army had taken over police’ job and, instead, highlighted that soldiers are working hand in glove with all the relevant government entities to ensure justice is served and protect all citizens in the mountain kingdom.

Among other gifts, Lesotho Red Cross also gave away 65 blankets, 51 matrasses, and 10 boxes of disposable masks, as well as sanitisers.