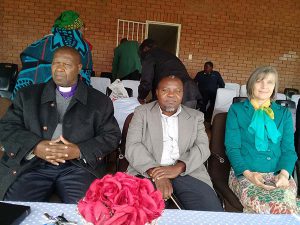 MASERU – Teaching has always been ’Maretšepile Maretha’s passion and mentoring young children in both their mother tongue Sesotho and English is easy for her and her young learners making communication between the two sides a walk in the park.

But Maretha’s challenges have now been compounded because some of the learners at Askop Primary School in Quthing where she teaches can only communicate in either Sexhosa or Sephuthi which are popular languages in the mountainous southern district of Lesotho located between Mohale’s Hoek and Qacha’s Nek.

The language barrier has not only been a constraint in the life of segments of Sexhosa and Sephuthi speaking people in Quthing but the groups have for years been denied the right to use their mother tongues as their first language.

They have instead been forced to use their mother tongues only at home and to speak Sesotho both at school and in public places so that they could fit in their societies.

Therefore teaching a child who does not speak Sesotho is a challenge on its own, let alone ensuring that that particular child progresses at the same rate as the other learners who are native Sesotho speakers.

To create a state of balance, Maretha has to utilise illustrations and other essential educational materials so that the Sexhosa and Sephuthi speaking learners are able to cope with their studies.

Most of the time both teacher and learner or learners have to rely on other pupils who are conversant in Sesotho, Sephuthi and Sexhosa to translate so that the teacher and the pupil who does not speak Sesotho can communicate.

“This is even more of a challenge especially because the newly integrated curriculum for primary schools orders that a pupil from grade one to grade three be taught in their first language, which in Lesotho is Sesotho despite the tribe one belongs to.

“I end up not knowing how to approach the situation so that at the end of the day we can understand each other. With these noted, it is clear that in class, we frequently encounter communication breakdowns until perhaps the child learns to speak Sesotho.

“This communication problems has an adverse effect on the academic development of the learners and their general performance in class,” Maretha also says.

Hard as it is to force a child to study using a new language which is not their first language, Maretha says it is time consuming and unfair to the affected children as it is more like forcing them to discard their culture and adopt a foreign one.

She believes that the situation could change for the better if the government could consider recognising all minority languages and include them in the school curriculum as well as provide training for the teachers on those languages.

According to deputy minister of education and training, Mothepu Mahapa, who is a member of parliament for the Tele constituency in the Quthing district, which encompasses places like Sixondo, learners in such areas only get in contact with the Sesotho language at school.

Mahapa says as much as the curriculum and international education law orders that children be taught in their mother tongues for the first three grades, Lesotho has been marginally practicing it and believes the reason is because a lot of people in Lesotho assume that every citizen of this country speaks and understands Sesotho.

He, however, notes that he has since brought this drawback to the ministry’s attention, adding that at the moment, the ministry is in the process of enforcing the use of all minority languages at primary schools in Quthing.

Mahapa is hopeful that in the next academic year, the use of all languages spoken in Quthing would be fully implemented in all primary schools throughout the district.

This language barrier, according to Mocheku Khosi of Lebandla Le Baphuthi, an association that represents the Baphuthi people in their quest for recognition has not just affected the children’s educational performance but also denies their community and its generation the right to know its roots and culture.

Khosi says the problem has also forced some of their people to actually stop using Sephuthi which is what was supposed to keep their culture together for the future generations.

He notes that the association has made a stand to fight the discrimination against minority language speaking tribes and has also appealed to the government to recognise Sephuthi as an official language in Lesotho.

Khosi notes that despite numerous attempts to reach out to the government to recognise their language, the government has not made any effort to address that concern.

The request he says dates back to 2015 during former Prime Minister Pakalitha Mosisili’s administration.

He says they have recently written to the incumbent premier, Thomas Thabane who consequently called them to a meeting to hear them out before he went mum about the way forward.

Khosi contends that in accordance with the Baphuthi history, they have equal rights if not more than Basotho in Lesotho.

He believes although Baphuthi cannot necessarily be given back what is rightfully theirs, their needs and rights as a separate tribe must however be taken into consideration.

Among others, he notes that their history shows that Baphuthi arrived in Lesotho in the 1600s way before King Moshoeshoe I, the Basotho founder, who was born in 1786.

“Our great leader, Chief Moorosi’s contribution against colonialism and the price he paid for the country are not just recognised but buried, while the nation behaves as if he never existed.

“Historically, Moorosi was not the founder of the Baphuthi tribe but inherited the title from his forefathers. It is believed that Chief Moorosi was the 10th chief of Baphuthi after Chief Tšosane.

“History also shows that Baphuthi had several fortresses in Lesotho, including Mount Moorosi, Tudungwaneng across Tele Bridge, and Gubakhe which is now called Kubake by Basotho, a place where Chief Moorosi was inaugurated as a chief by his grandfather Chief Tšosane.

The Bible Society last week Friday launched a bible written in Sephuthi, a step that brought hope to the Baphuthi community, who believe it marked a step in the right direction towards realising their long term dream of having their language recognised as an official language in Lesotho.

Khosi proudly shows that he is now able to finally read a bible in his own language, adding that will retain their culture and ensure the language does not perish.

Tlhabi Moorosi, a Mophuthi chief is grateful that the Bible society has awakened the hope of their language that was fading away, adding that most importantly, the move has accommodated them as a community thus breaking the language barrier they have always had to live with for generations.

“Every person deserves to follow their tradition, culture and speaking their own language with pride is a good start,” Moorosi says.

He is hopeful that the initiative will persuade lawmakers to recognise their language as a first language to ensure that every Mophuthi child freely speaks and learns in Sephuthi, the same way Basotho children learn Sesotho.

The co-planner of the bible translation from the Bible Society ’Maletšoara Sellonyane says this has been a long journey, adding she is grateful that they finally managed to pull it off.

Sellonyane says denying one access to information written in their language is the same as letting them stay in the dark.

She therefore appeals to other people who wish to make the project a success to come to their offices and offer assistance in any way possible.

“This is our way of showing love, appreciation and oneness, we believe that everyone has the right to information in their mother tongue,” she says.

Bible Society chairperson Bishop Daniel Rantle says the society is determined to reach out to everybody to get access to the bible in their mother tongue, adding that they are currently busy working on a handwritten bible by Basotho.

Bishop Rantle adds: “Everybody is welcome to write a verse and submit to the hand written bible.”

Floods ravage Thaba-Ntšo even in death