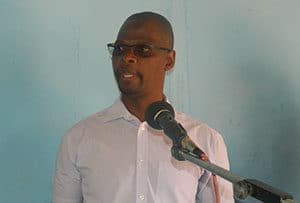 MASERU – The revival of Machache Dairy Farmers’ association on the outskirts of Maseru has brought hope to the ailing dairy industry in the area.

Thanks to efforts by the Lesotho National Dairy Board (LNDB), the dairy farmers association in Machache Nazareth received a one-week training course in animal husbandry, calving, feeding and related areas to ensure increased milk production in the country.

Machache used to be one of the major producers of milk in Lesotho, however production has declined over the years until recently when the area ceased producing any milk at all.

The place used to produce thousands of litres of milk courtesy of the Milk Collection Centre that was established in 2011 by the government of Lesotho in partnership with the Swedish International Development Agency (Sida) and UN Common Fund for Commodities (CFC).

The Centre was officially opened by the then minister of Agriculture Ralechate Mokose at the time. Around 1, 450 litres of milk were produced by the two milking tanks at the Centre before being transferred to the Lesotho Dairy Products (LDP) for processing.

Through training and guidance from the LNDB however, farmers in the area believe they have enough capacity to turn things around and restore the industry’s viability.

“We used to be one of the best producers and most recognised in the country and our living conditions were much better but now things are tough. However, since we still have resources we decided to solicit support from the dairy board on how to continue with our projects as well as recruit new members into the industry,” said Monaheng Mahlakeng, the Secretary of Machache Dairy Farmers Association in an interview with Public Eye on Tuesday this week.

Mahlakeng, who started dairy farming in 2011, said the training is extremely important to them in that it provides them with the necessary skills on how to run things in the industry as they deal with highly delicate creatures, dairy cows.

Lack of finances and lack of extension services have been identified as some of the major challenges affecting the industry.

The Chief Executive Officer of the Lesotho National Dairy Board Abiel Mashale revealed during the opening of the one-week training programme that his organisation is seeking to assist dairy farmers in the country to produce at the highest level to a point where it won’t be necessary to import milk into the country.

In a concerted effort to level the playing field for players in the industry the LNDB is providing easy access to milking equipment for dairy farmers as well as searching for suppliers for dairy startups.

“We are also resuscitating Milk Collection centers throughout the country while also searching for cheaper sources of fodder for easier access to farmers who are already struggling with finances to keep going,” Mashale said during the opening of the training session.

As a result of LNDB’s efforts, in collaboration with ministry of agriculture, local milk production has increased and the local supply has gone up to 79 percent from the previous 50 percent.